#1 Besides, in those days they had been slaves and now they were free, and that made all the difference, as Squealer did not fail to point out.

#2 All that year the animals worked like slaves. But they were happy in their work; they grudged no effort or sacrifice, well aware that everything they did was for the benefit of themselves and those of their kind who would come after them, and not for a pack of idle, thieving human beings. 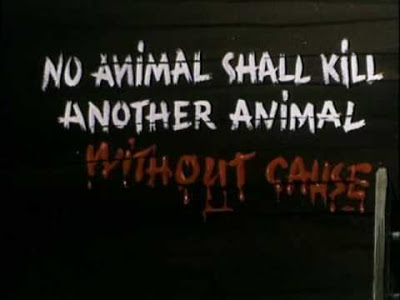 #3 Reading out the figures in a shrill, rapid voice, he proved to them in detail that they had more oats, more hay, more turnips than they had had in Jones’s day, that they worked shorter hours, that their drinking water was of better quality, that they lived longer, that a larger proportion of their young ones survived infancy, and that they had more straw in their stalls and suffered less from fleas.

#4 The human beings did not hate Animal Farm any less now that it was prospering; indeed, they hated it more than ever.

#5 It had become usual to give Napoleon the credit for every successful achievement and every stroke of good fortune. You would often hear one hen remark to another, ‘Under the guidance of our Leader, Comrade Napoleon, I have laid five eggs in six days’; or two cows, enjoying a drink at the pool, would exclaim, ‘Thanks to the leadership of Comrade Napoleon, how excellent this water tastes!

#6 They were always cold, and usually hungry as well.

#7 [S]ome of the animals remembered – or thought they remembered – that the Sixth Commandment decreed ‘No animal shall kill any other animal.’ And though no one cared to mention it in the hearing of the pigs or the dogs, it was felt that the killings which had taken place did not square with this.

#8 If a window was broken or a drain was blocked up, someone was certain to say that Snowball had come in the night and done it, and when the key of the store-shed was lost, the whole farm was convinced that Snowball had thrown it down the well. Curiously enough, they went on believing this even after the mislaid key was found under a sack of meal.

#9 If she herself had had any picture of the future, it had been of a society of animals set free from hunger and the whip, all equal, each working according to his capacity, the strong protecting the weak… Instead – she did not know why – they had come to a time when no one dared speak his mind, when fierce, growling dogs roamed everywhere, and when you had to watch your comrades torn to pieces after confessing to shocking crimes.

#10 I have no wish to take life, not even human life,’ repeated Boxer, and his eyes were full of tears.

So these were some of the best Animal Farm quotes. Do bookmark the page and check for updates.