Ani DiFranco is an American singer, guitarist, multi-instrumentalist, poet and songwriter. She has released more than 20 albums and is widely considered a feminist icon. DiFranco has received positive feedback from critics for much of her career. 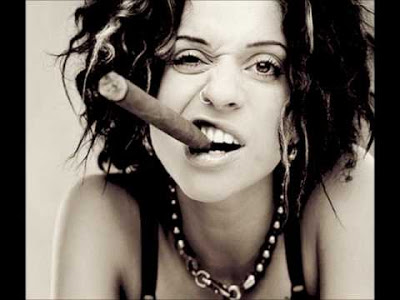 #1 Patriarchy is like the elephant in the room that we don’t talk about, but how could it not affect the planet radically when it’s the superstructure of human society.

#2 Some people wear their heart up on their sleeve. I wear mine underneath my right pant leg, strapped to my boot.

#3 I have something to prove, as long as I know there’s something that needs improvement, and you know that everytime I move, I make a woman’s movement.

#5 Love is a piano dropped from a fourth story window, and you were in the wrong place at the wrong time.

#7 Just let me go, we have to be able to criticize what we love, to say what we have to say ’cause if you’re not trying to make something better, then as far as I can tell, you are just in the way.

#8 Art is why I get up in the morning but my definition ends there. You know I don’t think its fair that I’m living for something I can’t even define.

#9 I was blessed with a birth and a death, and I guess I just want some say in between.

#10 I’d rather be able to face myself in the bathroom mirror than be rich and famous.