Anna Karenina is a popular novel by Russian writer Leo Tolstoy published in serial installments from 1873 to 1877 in the periodical “The Russian Messenger”. Here are the top 10 best Anna Karenina quotes – 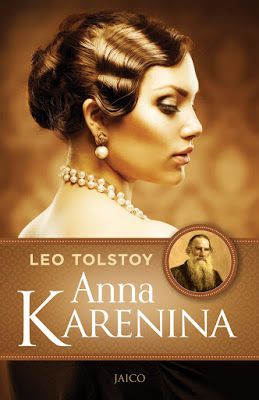 #1 All happy families are alike; each unhappy family is unhappy in its own way.

there are as many minds as there

are heads, then there are as many

kinds of love as there are hearts.

#3 He stepped down, trying not to look long at her, as if she were the sun, yet he saw her, like the sun, even without looking.

#4 I’m like a starving man who has been given food. Maybe he’s cold, and his clothes are torn, and he’s ashamed, but he’s not unhappy.

#5 He soon felt that the fulfillment of his desires gave him only one grain of the mountain of happiness he had expected. This fulfillment showed him the eternal error men make in imagining that their happiness depends on the realization of their desires.

#6 Rummaging in our souls, we often dig up something that ought to have lain there unnoticed.

#7 Something magical has happened to me: like a dream when one feels frightened and creepy, and suddenly wakes up to the knowledge that no such terrors exist. I have wakened up.

#8 Love. The reason I dislike that word is that it means too much for me, far more than you can understand.

#9 I often think that men don’t understand what is noble and what is ignorant, though they always talk about it.

#10 I always loved you, and if one loves anyone, one loves the whole person, just as they are and not as one would like them to be. -Dolly