Barbara Ann Mandrell is an American country music singer and actress. She is known for a series of Top 10 hits and TV shows in the 1970s and 1980s that helped her become one of country’s most successful female vocalists of that period. Here are the top 10 best Barbara Mandrell quotes – 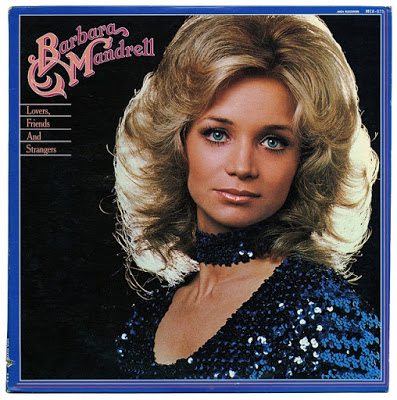 #1 I have lots of favorite shows, but not reality! I don’t like reality TV so much. I’m saddened by people who don’t show respect to each other and to themselves. It’s horrible. Unfortunately, that’s demonstrated a lot on reality television.

#2 It seems to me that unless you or someone very close to you has had a bad head injury, you really can’t fathom it. You have no concept of what it is all about. It was so difficult for my whole family, not just me.

#3 By our Heavenly Father and only because of God, only because of God. We’re like other couples. We do not get along perfectly; we do not go without arguments and, as I call them, fights, and heartache and pain and hurting each other. But a marriage is three of us.

#4 I’ve always been one for show business. I like performing, and I used to get criticized for having production value. But now it’s all that! People need to get what they pay for! Otherwise, just listen to recorded music.

#5 It’s an exciting life. I don’t know where God is leading us. I just know that He opens doors and He closes the doors, and it is always the best for us.

#6 I’d love to be in a feature film, and I don’t just mean in a starring role – it could be a small part. And I would like to act in television, to do comedy and drama.

#7 I don’t know what the future holds, but I know that God holds tomorrow, so it is exciting. Even when I have hard things happen, He loves me so big, so much. I come through it and I grow from it, because He has got me.

#8 I am not saying that I’m happy about what’s going on right now in our nation, but I am at peace and I am comforted because I know that He’s on the throne. That is good enough for me.

#9 I realize we’re not promised tomorrow. Believe me, I realize that. But if God blesses me and lets me stay, I love my life so much, it is such a good life. I am eager to throw myself at His feet, but I don’t want to get on the first busload that is going.