Barack Hussein Obama II is the 44th and current President of the United States, and the first African American to hold the office. Here are top 10 best Barack Obama quotes – 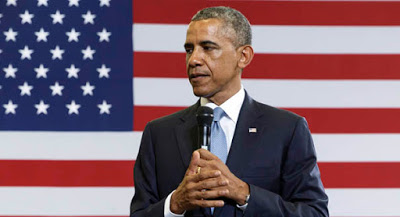 #3 I have always believed that hope is that stubborn thing inside us that insists, despite all the evidence to the contrary, that something better awaits us so long as we have the courage to keep reaching, to keep working, to keep fighting.

#5 No, you can’t deny women their basic rights and pretend it’s about your ‘religious freedom’. If you don’t like birth control, don’t use it. Religious freedom doesn’t mean you can force others to live by your own beliefs.

#7 What the American people hope -– what they deserve -– is for all of us, Democrats and Republicans, to work through our differences; to overcome the numbing weight of our politics. For while the people who sent us here have different backgrounds, different stories, different beliefs, the anxieties they face are the same. The aspirations they hold are shared: a job that pays the bills; a chance to get ahead; most of all, the ability to give their children a better life.

#8 If we think that we can secure our country by just talking tough without acting tough and smart, then we will misunderstand this moment and miss its opportunities. If we think that we can use the same partisan playbook where we just challenge our opponent’s patriotism to win an election, then the American people will lose. The times are too serious for this kind of politics.

#10 If the people cannot trust their government to do the job for which it exists – to protect them and to promote their common welfare – all else is lost.