Paulo Coelho is a Brazilian author, known for his bestselling novel “The Alchemist.” He was born in 1947 in Rio de Janeiro, Brazil. Coelho studied law before deciding to pursue a career in writing and journalism. He began his career in the music industry as a songwriter and journalist before becoming a novelist. His first book, “The Pilgrimage,” was published in 1987, but it was “The Alchemist” that brought him worldwide fame, it has been translated into 81 languages, and has sold more than 225 million copies worldwide. Coelho is also known for his other books such as “Eleven Minutes,” “Veronika Decides to Die,” “The Zahir,” and “Adultery.” He is considered one of the most widely read authors in the world and his books have been widely translated and has sold millions of copies worldwide. He is also a prominent speaker and has given lectures around the world on topics such as creativity, personal development, and the role of literature in society. 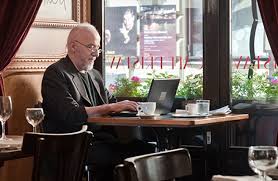 Here are the top 10 quotes from Paulo Coelho: