Hillary Diane Rodham Clinton is a former U.S. Senator, U.S. Secretary of State. She is now a Democratic U.S. presidential candidate and has great chances to become 45th, the first woman – President of the United States of America. 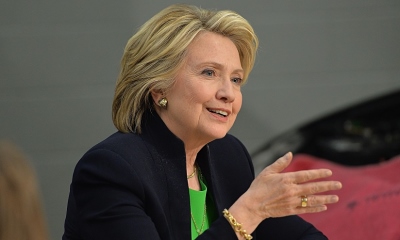 #1 If I want to knock a story off the front page, I just change my hairstyle.

#2 You don’t walk away if you love someone. You help the person.

#3 It’s impossible to know what happens in the fog of war.

#4 The truth is that sometimes it is hard even for me to recognize the Hillary Clinton that other people see.

#5 Women are the largest untapped reservoir of talent in the world.

#6 At the end of the day, you know, love does not happen between two perfect people as much as we would wish.

#7 I feel very lucky because of my parents and then my education, the opportunities that I’ve had, so I would like to continue working to improve lives for others.

#8 The first lesson I’ve learned is that no matter what you do in your life, you have to figure out your own internal rhythms – I mean, what works for you doesn’t necessarily work for your friend.