#2 Any sufficiently advanced technology is indistinguishable from magic. 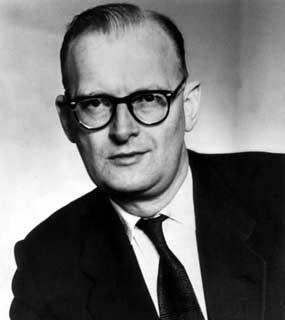 #3 Every revolutionary idea seems to evoke three stages of reaction. They may be summed up by the phrases:

#4 I don’t pretend we have all the answers. But the questions are certainly worth thinking about.

#5 This is the first age that’s ever paid much attention to the future, which is a little ironic since we may not have one.

#6 The only way to discover the limits of the possible is to go beyond them into the impossible.

#7 This is the first age that’s ever paid much attention to the future.

#8 I have a fantasy where Ted Turner is elected President but refuses because he doesn’t want to give up power.

#9 The limits of the possible can only be defined by going beyond them into the impossible.

#10 We have to abandon the idea that schooling is something restricted to youth. How can it be, in a world where half the things a man knows at 20 are no longer true at 40 – and half the things he knows at 40 hadn’t been discovered when he was 20?

So these were the top 10 best Arthur C. Clarke quotes. Do share the page and comment for more quotes.