Aphra Behn was a British playwright, poet, translator and fiction writer from the Restoration era. As one of the first English women to earn her living by her writing, she broke cultural barriers and served as a literary role model for later generations of women authors. Here are the top 10 best quotes by Aphra Behn –

#1 Nothing is more capable of troubling our reason, and consuming our health, than secret notions of jealousy in solitude.

#2 Money speaks sense in a language all nations understand. 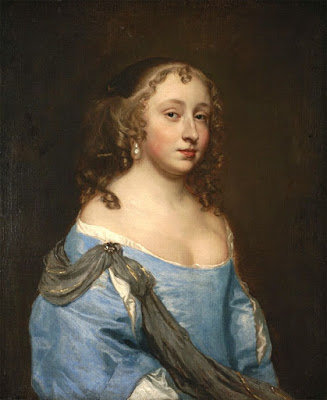 #3 Each moment of a happy lover’s hour is worth an age of dull and common life.

#4 One hour of right-down love is worth an age of dully living on.

#6 He that knew all that learning ever writ, Knew only this – that he knew nothing yet.

#7 That perfect tranquillity of life, which is nowhere to be found but in retreat, a faithful friend and a good library.

#8 As we were coming up again, we met with some Indians of strange aspects, that is, of a larger size, and other sort of features, than those of our country. Our Indian slaves, that rowed us, asked them some questions, but they could not understand us, but showed us a long cotton string, with several knots on it, and told us, they had been coming from the mountains so many moons as there were knots.

#9 Money speaks sense in a language all nations understand.

#10 poet is a painter in his way, he draws to the life, but in another kind; we draw the nobler part, the soul and the mind; the pictures of the pen shall outlast those of the pencil, and even worlds themselves.

These were the top 10 best Aphra Behn quotes. Do bookmark the page to check for updates and comment for more.