Morna Anne Murray CC ONS, known professionally as Anne Murray, is a Canadian singer in pop, country, and adult contemporary music whose albums have sold over 54 million copies worldwide as of 2012. Here are the top 10 best Anne Murray Quotes – 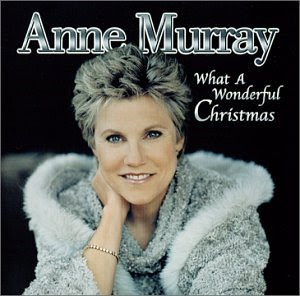 #1 I think the best part [of retirement] is not having that stress anymore of trying to perform and be all things to all people.

#2 I felt that someone would write a book about me, or I thought they might, and if a book was going to come out, I would rather that I write it — that it be my story rather than something somebody made up.

#3 I think my achievement also testifies to a simple but enduring truth: there is ultimately no substitute for good singing, honestly rendered.

#4 When I started singing as a child, it was just a spontaneous act that I never thought about. Later, as a teen, singing became something I somehow needed to do; some irresistible force within me needed to be expressed musically. When I turned professional, I continued to enjoy performing, even with all the challenges of the road and of the business. Still, I saw my music, and indeed all pop music, as simply a form of entertainment, a way to please audiences for an hour or two, in live concert or on an album. What I failed to understand then, but came to learn again and again, is the incredible power that music possesses — the power to heal, to shape destiny, even to change lives. A popular song may be three minutes of not terribly profound poetry, but the right combination of words and music can touch people at their very core.

#5 You gave me strength

To face the world

Out on my own again

You put me high upon a pedestal

So high that I could almost see eternity

#6 Those early days were tough on the road, some of my band members were incorrigible. They were bad boys.

#7 DUETS was special for another reason: for the first and only time, I was singing with both my children on an album. Being in the studio with them as we laid down vocal tracks was a great thrill for me and a special memory for all of us.

#8 When I was young my heart was young then, too.

And anything that it would tell me, that’s the thing that I would do.

#9 People see me as the girl next door, everything came easy, and that was not the case. It was hard, hard work and a lot of bumps along the way.

#10 Right now, I don’t want to pack a suitcase and go anywhere. I did it for 40 years. I’ve earned the right to stay put.