Antigone is a tragedy by Sophocles written in or before 441 BC. Chronologically, it is the third of the three Theban plays but was written first.The play expands on the Theban legend that predated it and picks up where Aeschylus’ Seven Against Thebes ends. Here are some best Antigone quotes –

#1 Another husband could be found and with That husband another son. But I have no mother now. I have no father. I cannot bring another brother to the world.

#2 All men make mistakes, but a good man yields when he knows his course is wrong, and repairs the evil. The only crime is pride. 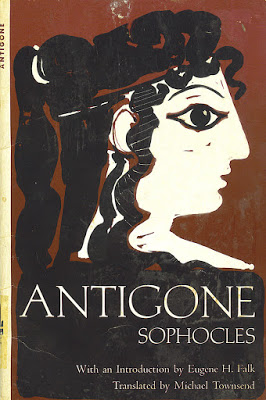 #3 Take these things to heart, my son, I warn you.

All men make mistakes, it is only human.

But once the wrong is done, a man

can turn his back on folly, misfortune too,

if he tries to make amends, however low he’s fallen,

and stops his bullnecked ways. Stubbornness

brands you for stupidity – pride is a crime.

#4 Go then if you must, but remember, no matter how foolish your deeds, those who love you will love you still.

#6 A man, though wise, should never be ashamed of learning more, and must unbend his mind.

#7 Wisdom is the supreme part of happiness; and reverence towards the Gods must be inviolate. Great words of prideful men are ever punished with great blows, and, in old age, teach the chastened to be wise.

And we must mind today.

#9 Do not believe that you alone can be right.

The man who thinks that,

The man who maintains that only he has the power

To reason correctly, the gift to speak, the soul—

A man like that, when you know him, turns out empty.

#10 We have only a little time to please the living. But all eternity to love the dead.

#11 I have nothing but contempt for the kind of governor who is afraid, for whatever reason, to follow the course that he knows is best for the State.

#12 Nobody has a more sacred obligation to obey the law than those who make the law.

#13 Numberless are the world’s wonders, but none more wonderful than man.

#14 I will suffer nothing as great as death without glory.

#15 These arrows for your heart! Since you’ve raked me

I loose them like an archer in my anger,

#16 The mighty words of the proud are paid in full

with mighty blows of fate, and at long last

those blows will teach us wisdom.

once more, on the razor-edge of fate.

#18 Whoever thinks that he alone possesses intelligence,

the gift of eloquence, he and no one else,

and character too…such men, I tell you,

spread them open—you will find them empty.

#19 Spit her out, like a mortal enemy—let the girl go.

Let her find a husband down among the dead.