Beverly Crusher played by actress Gates McFadden, is a fictional character on the science fiction television series Star Trek: The Next Generation and its subsequent spin-off films. She was a regular character in the show for all but the second of its seven seasons. Here are the top 10 best Beverly Crusher quotes – 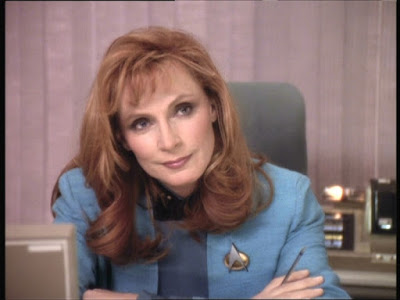 #1 If you were any more perfect, Data, I’d have to write you up in a Starfleet medical textbook.

#2 Perhaps it is a human failing; but we are not accustomed to these kinds of changes. I can’t keep up. How long will you have this host? What would the next one be? I can’t live with that kind of uncertainty. Perhaps, someday, our ability to love won’t be so limited.

#3 We have to dream in order to survive.

#5 You have an appointment in your cabin, Captain, with your bed!

#6 We have to dream in order to survive.

#7 Perhaps, someday, our ability to love won’t be so limited.

#8 Captain, I’d like to announce the birth of a large baby … something.

#10 Now, you be sure and dress warmly on those other planes of existence.

So these were the top 10 best Beverly Crusher quotes. Do share them and keep reading!