Beowulf is an Old English epic poem consisting of 3182 alliterative long lines. It is possibly the oldest surviving long poem in Old English and is commonly cited as one of the most important works of Old English literature. Here are the top 10 best Beowulf quotes – 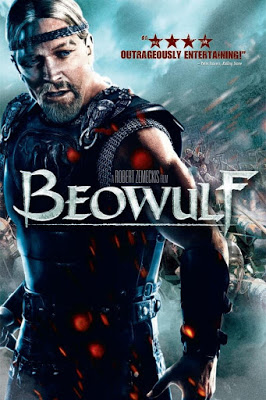 #1 Death is not easily escaped, try it who will; but every living soul among the children of men dwelling upon the earth goeth of necessity unto his destined place, where the body, fast in its narrow bed, sleepeth after feast.

#2 It is always better
to avenge dear ones than to indulge in mourning.
For every one of us, living in this world
means waiting for our end. Let whoever can
win glory before death. When a warrior is gone,
that will be his best and only bulwark.

#3 That struggle was too strong,
hateful and long-lasting, which had come on the people,
dire wrack and ruin – the greatest of night-evils.

#4 Behaviour that’s admired
is the path to power among people everywhere.

#5 That was their way, their heathenish hope; deep in their hearts they remembered hell.

#6 Anyone with gumption and a sharp mind will take the measure of two things: what’s said and what’s done.

#7 Meanwhile, the sword
began to wilt into gory icicles,
to slather and thaw. It was a wonderful thing,
the way it all melted as ice melts
when the Father eases the fetters off the frost
and unravels the water-ropes. He who wields power
over time and tide: He is the true Lord.

#8 Quickly, the dragon came at him, encouraged
As Beowulf fell back; its breath flared,
And he suffered, wrapped around in swirling
Flames — a king, before, but now
A beaten warrior. None of his comrades
Came to him, helped him, his brave and noble
Followers; they ran for their lives, fled
Deep in a wood. And only one of them
Remained, stood there, miserable, remembering,
As a good man must, what kinship should mean.

#9 And a young prince must be prudent like that,
giving freely while his father lives
so that afterwards, in age when fighting starts
steadfast companions will stand by him
and hold the line.

#10 I’ve never known fear; as a youth I fought/ In endless battles. I am old, now,/ But I will fight again, seek fame still,/ If the dragon hiding in his tower dares/ To face me

A ring-whorled prow rode in the harbour,
ice-clad, outbound, a craft for a prince.
They stretched their beloved lord in his boat,
laid out by the mast, amidships,
the great ring-giver. Far fetched treasures
were piled upon him, and precious gear.
I have never heard before of a ship so well furbished
with battle tackle, bladed weapons
and coats of mail. The massed treasure
was loaded on top of him: it would travel far
on out into the ocean’s sway.
They decked his body no less bountifully
with offerings than those first ones did
who cast him away when he was a child
and launched him alone over the waves.
And they set a gold standard up
high above his head and let him drift
to wind and tide, bewailing him
and mourning their loss. No man can tell,
no wise man in hall or weathered veteran
knows for certain who salvaged that load.

In off the moors, down through the mist beams, god-cursed Grendel came greedily loping.

Beloved Beowulf, remember how you boasted,
Once, that nothing in the world would ever
Destroy your fame; fight to keep it,
Now, be strong and brave, my noble
King, protecting life and fame
Together. My sword will fight at your side!

So these were the top 10 best Beowulf quotes. Do share them and keep reading!