Benjamin Edward Meara “Ben” Stiller is an American actor, comedian, and filmmaker. He is the son of veteran comedians and actors Jerry Stiller and Anne Meara. Here are he top 10 best Ben Stiller quotes – 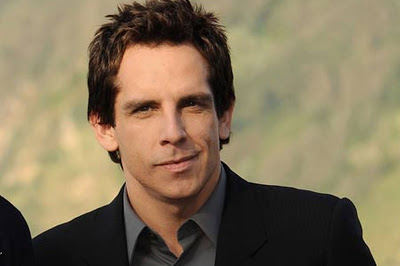 #2 My parents used to throw great New Year’s Eve parties. They invited such an eclectic mix of showbiz people. All those cool people were always hanging out at our apartment.

#3 There’s always an element of fear that you need to work a lot until people get sick and tired of you or finally figure out that you’re a fraud after all!

#4 There’s an old saying in Hollywood: It’s not the length of your film, it’s how you use it.

#5 I have a lot of nervous energy. Work is my best way of channelling that into something productive unless I want to wind up assaulting the postman or gardener.

#6 I’m not an expert on the Malaysian sense of humor.

#7 You’re freaked out that you’re going to be having a child, and once you’re looking after your daughter, it’s the most beautiful thing in the world.

#8 Paul is Starsky, and I met him before shooting. He was very kind and encouraged us to go with what we wanted to do. It was very sweet to see them back with the car after 25 years.

#9 I’m always willing to endure humiliation on behalf of my characters.

#10 I’ve had a very good career and I’m grateful that the public has had some level of acceptance and appreciation of my work.

So these were the the top 10 best Ben Stiller quotes. Do share them and keep reading!