According to Greek mythology, Agamemnon was a commander in Greek army and commanded the armed forces in Trojan war. He was the son of King Atreus and Queen Aerope of Mycenae. Legends make him the king of Mycenae. Agamemnon was a reputed figure and he did won many battles. When Helen, the wife of his brother Menelaus was abducted by Paris of Troy he commanded the Greek army in the battle with Troy. While on their way back to Mycenae from Troy his wife’s lover killed him and his fellow men.Here are the top 10 best Agamemnon quotes and sayings, from the ancient Greek mythological scriptures. 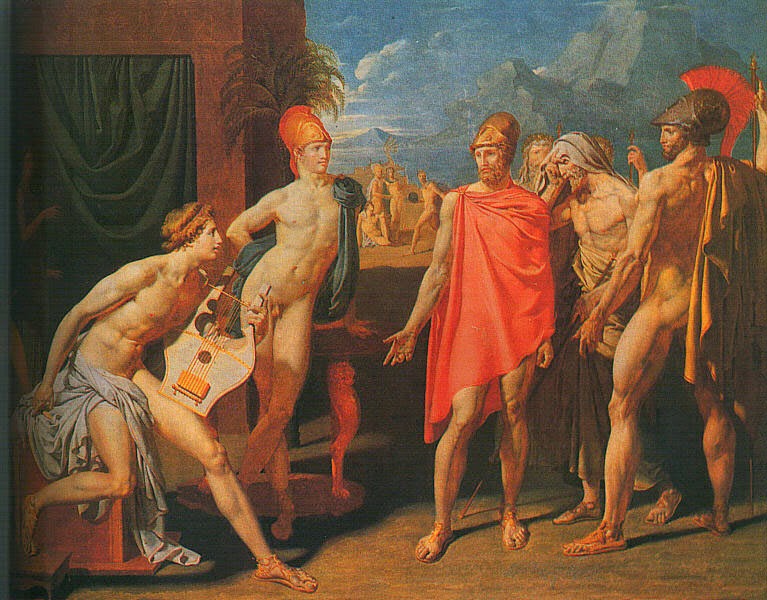 #1 My real wish however, when the house’s lord has come, is to clasp his well-loved hand in mine. The rest, I keep silent: a great ox is treading on my tongue – but the house itself, if it got a voice, would speak very plainly; I talk willingly to those who know, and for those who do not know, I choose to forget.

#2 Oh, never yet did Night — Night of all Good the Mother, as men say, Conceive a fairer issue than Today!

#3 Say about what is possible and rightful; acknowledge and heal our concern here.

#4 A man crying triumph for Zeus will meet with wisdom totally – Zeus who put men on wisdom’s road, who gave ‘Suffer and learn’ authority.

Misery from pain remembered drips; instead of sleep before the heart; good sense comes even to the unwilling.

#5 Were not one man’s status in life set by heaven, preventing another’s from greater advance, my heart would have anticipated; my tongue in pouring this out; but now it grumbles in the darkness, with my spirit grieving and not hopeful ever of winding all to its end effectively; my mind is ablaze.

#6 Let loose the Fury who, though late retarded on the leash of Fate,

Once loos’d, after the Sinner springs;

Over Ocean’s heights and hollows,

Into cave and forest follows,

Close on the Sinner’s heel insists,

And, turn or baffle as he lists,

Dogs him inexorably down.

#7 The deed has been done, it seems to me from the king’s cries of pain. Let us share our thoughts, in case there may somehow be safe plans.

I tell you my proposal, to have criers call the townsfolk here to the house, to help.

No, my idea is to rush in at once and prove the deed together with the freshly streaming sword.

I share a proposal like that, and I vote for action; it’s a moment for no delay!

It’s here to see: this is their prelude to actions which mean tyranny for the city.

Yes, we are taking our time while they trample down delay’s reputation, and their hands are not asleep.

#8 But thus it is; All bides the destin’d Hour; And Man, albeit with Justice at his side, Fights in the dark against a secret Power Not to be conquer’d — and how pacified?

#9 Besides, do not pamper me in a woman’s fashion; and do not give me gawping or obeisance crying from the ground as if I were some barbarian, or strew my way with vestments and open it to jealousy. It is the gods these things should magnify; as a mortal it is impossible for me to walk on beautiful embroideries without fear.

#10 Another rising of the sun that rolls another year away, sees us through the portal dun dividing night and day.

These were the best Agamemnon quotes. Feel free to share these quotes and do comment for more.