Here are some best Baseball jokes – 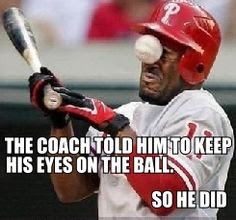 What’s the difference between a Yankee Stadium hotdog, and a Fenway Park hotdog?

You can buy a Yankee Stadium hotdog in October!

12-year-old Jeff Maier reached out and caught a fly ball at the Yankees-Orioles game, causing Baltimore to lose the first game of the playoffs. 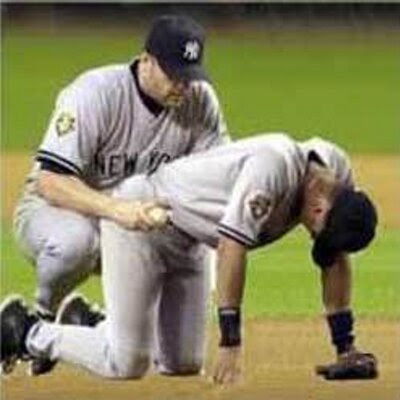 You might be a redneck if you think the last words to the Star Spangled Banner are: “Play Ball”.

According to the Chicago Tribune, the following statistic was given in the press notes for the June 7 Chicago-Oakland game:

The Oakland Athletics are 32-0 in games in which they have scored more runs than their opponents. 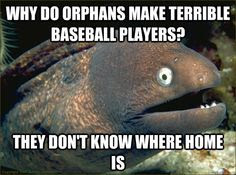 Yeah, Robby is a spitting image of him.

What takes longer, running from first base to second, or from second to third?

Second to third, because you have to go through a shortstop. 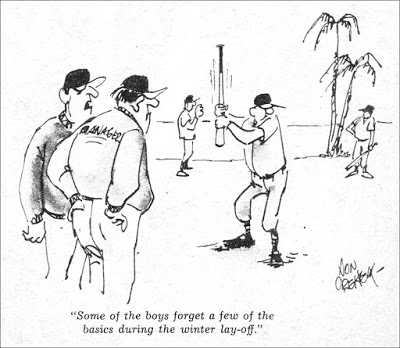 You heard about the big oil spill off the coast here?

Well they’ve hired the Dodgers to help clean it up. Yeah, they just go out there and throw in the towel. 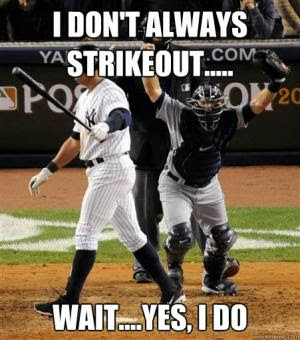 Yankees slugger Darryl Strawberry fouled a pitch off his foot and now has a crack in his big toe.

This is the first time that the name Strawberry and the word crack were used in the same sentence without it ending with his suspension.

Why did the coach kick Cinderella off the baseball team?

Because she ran away from the ball. 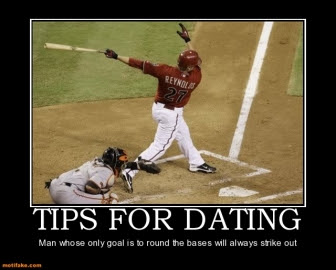 Why is it so hot at Phillies games?

Because there’s not a fan in the place.

Because he gets to see some balls.

Two guys are walking down a street in hell when it begins to snow.

One guy looks up at it and says, “Well, it finally happened. The Cubs just won the World Series.” 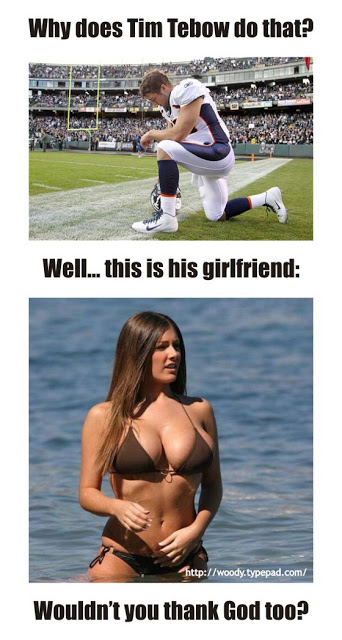 What is the difference between Yankee fans and dentists?

One roots for the yanks, and the other yanks for the roots.

Wade Boggs, Steve Garvey and Pete Rose are in a bar. A pretty woman walks by and Boggs says, “I’m going to ask her out.” Garvey replied, “You can’t do that, she’s carrying my baby.” To which Rose added, “You wanna bet?”

What is the difference between Mel Rojas and UPS?

UPS knows how to throw a strike.

Well, at least the Cubs are trying.

They installed a new pitching machine the other day. Unfortunately it beat them 4-1. 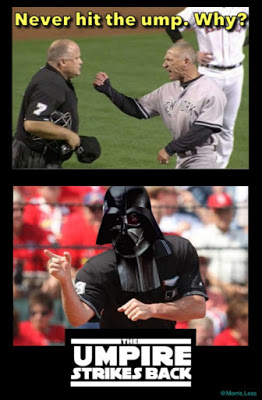 What do you get if you combine Steve Sax with a brass instrument?

Or as the Tigers call it, baseball fantasy camp.

What do Jose Offerman and Michael Jackson have in common?

They both where a glove for no apparent reason.

Well, the Marlins have made it to the World Series as you all know.

Miami hasn’t been this excited since the invention of the hip replacement.

They’ve been recorded as staying up as late as 9:30 now.

Tony Phillips has begun and acting career as some of you know.

Yeah, his first movie is called, “My Left Nostril.”

The other day was take your daughter to work day. The Cubs had a fun time, played a little scrimmage against their daughters.

This couple just recently got a divorce and they decided to move away from each other and go there separate ways. So, the father sat down and talked with his son and he said “Son, I think that it is best that you go and live with your mother.” The kid said “No, I won’t because she beats me.” Then, the mother came in and talked to the son, “I think it is best that you go and live with your father” “NO NO,” he replied, “He beats me.” So then, both the parents sat down and said to their son, “Well if we both beat you, then who do you want to live with?” The son said, “The Red Sox. They can’t beat anyone.”

The stock market really plummeted today, but luckily there is a computer chip that is used to turn off the board if it gets too low.

The Cubs have the same chip in their scoreboard. 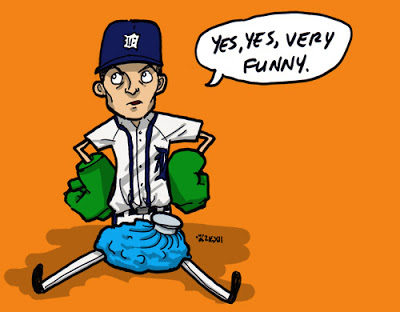 More and more stadiums are bring back natural grass, they have too.

All that tobacco juice is killing the Astroturf.

MLB is deciding whether or not to reinstate Pete Rose in the 98 season.

It was so foggy today that the Cubs couldn’t even see who was beating them.

I love autumn. It gives me a chance to sit at home and watch the world series.

Did you hear? Detroit is building a new stadium but it is keeping its location hidden from the public.

Yeah, they’re afraid the Tigers will find out where it is and try to play there.

If a woman has to choose between catching a fly ball and saving an infant’s life, she will choose to save the infant’s life without even considering if there are men on base.

Did you hear the sad news?

Tony Fernandez tried to kill himself the other day by jumping in front of a bus. Luckily it went right through his legs.

I don’t understand baseball at all, do you?

You don’t have to understand it. Everything is decided by a man they call a vampire.

During the ’94 baseball strike, Dodger stadium chefs and other workers couldn’t work. Therefore the famous Dodger Dogs wouldn’t be made for sometime.

As a result, the workers set free hundreds upon hundreds of gerbils, rodents, and other mammals.

During that big NBC fire at Rockefeller Center, a man was actually forced to leap from windows. Luckily, he was caught by the kid from the Yankee’s game.

So these were some best baseball jokes with pictures. Do share these jokes and keep laughing!