Here are the some best banker jokes –

A wealthy investor walked into a bank and said to the bank manager, “I would like to speak with  Jim Parker, who I have heard is a tried and trusted employee of yours.”

The banker said, “Yes, he certainly was trusted. And he will be tried as soon as we catch him.”

Q: How many bankers does it take to change a light bulb?

A: Four. One to hold the bulb, and three to try and remember the combination.

The biggest joke of all? Bailed out bank Lloyds paying for sense of humour training at the Comedy School. That’s one thing money can’t buy.

Hospitals report that the hearts of bankers are in strong demand by transplant patients, because they’ve never been used.

A man visits his bank manager and says, “How do I start a small business?” The manager replies, “Start a large one and wait six months.”

An investment banker said he was going to concentrate on the big issues from now on. He sold me one in the street yesterday.

They help you to become dispossessed!

An investment banker said he was going to concentrate on the big issues from now on. He sold me one in the street yesterday.

Why did the banker count his money with his toes?

So it wouldn’t slip through his fingers!

Why did the banker take the blonde teller into the bank vault?

Why do bankers make great lovers?

They know the penalty for early withdrawl!

Here are some more best banker jokes with pictures – 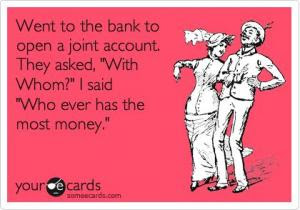 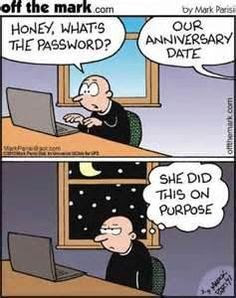 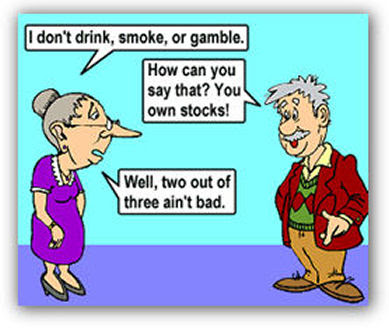 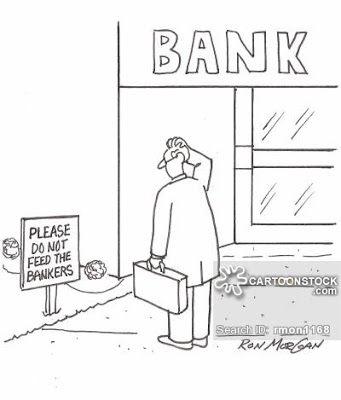